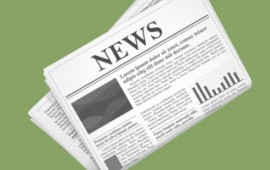 FOR non-Muslims, the gender segregation rule at hair salons in Kota Baru is a hair-raising experience that has shaken the foundation of their values and moral code. The non-Muslim shampoo girls and other hairdressers are left tearing their hair out as they try to digest the repercussions from the state’s statute telling them to only attend to customers of the same sex.

FOR non-Muslims, the gender segregation rule at hair salons in Kota Baru is a hair-raising experience that has shaken the foundation of their values and moral code.

The non-Muslim shampoo girls and other hairdressers are left tearing their hair out as they try to digest the repercussions from the state’s statute telling them to only attend to customers of the same sex.

“It is only a haircut and the job is done in 10 to 15 minutes,” said a salon manager, stressing that neither hairdressers nor customers were looking for cheap thrills.

Reportedly enforced by the Kota Baru Municipal Council, the rule was imposed after the rise of Pas to power in Kelantan after the 1990 general election.

The ruling was likely drafted based on an old belief that hair salons were a contributor to vice activities involving female hairstylists and their male customers.

Now, it is upsetting not only salon operators but also a wider non-Muslim community for the implicit compulsion on them by the council’s liberal use of the gender segregation rule for all salon outlets, irrespective of whether they are run by non-Muslims.

To them, the recent action by the council against a salon operator for breaking the rule smacked of encroachment on their basic right to live according to their values.

This serves to highlight how the council, and to a larger extent the state government, still grapples with the concept of Islamic justice that the state leaders love to crow about every so often.

The case that sparked the current controversy involved a non-Muslim female hairdresser who was penalised for giving a haircut to her non-Muslim male client. Hair salon operators rightly saw a certain degree of unfairness when the hairdresser was issued with a summons for attending to her male client.

Giving a haircut to the opposite sex, within the context of their faith, is just an honest job to earn a living. Therefore, the move to require them to observe the Muslim code of conduct in their day-to-day work can seem a bit jarring.

One of the permit conditions for hair salons prohibits female hairdressers to give a haircut or perm to male customers, or vice-versa, if they are Muslims and not muhrim (a man and woman who cannot be married, such as between a brother and sister).

Inarguably, council officers may want to read the letter of the law in its strictest sense without allowing any sensitivities to get in the way of their enforcement duties.

Had there been compassion in the hearts of the law enforcers, the incident may well have been averted.
But at least two salon operators have gone to the press to prove that each had been isssued with at least 10 summonses for breaching the permit conditions stemming from gender segregation ruling over the last few years. Worse, both operators have reportedly said that the council denied their application to renew permits for failing to observe the segregation policy.

Pas president Datuk Seri Abdul Hadi Awang has only recently offered the same promise to non-Muslims that their lives will not be affected under syariah law if the party comes to power at the federal level.

Given the circumstances, it is understandable for non-Muslims to feel threatened by the implementation of syariah or an Islamic state concept in the country if there is no guarantee that they will be fairly treated.

Also at the receiving end are the average Muslims and Islam for getting a bad name from the ill-conceived plans by state government leaders, who fail to understand the needs of the non-Muslims before drafting such law. The presumably noble intention to promote better understanding about Islam among non-Muslim community through Islamic policies is derailed by such incompetency.

Lawmakers in the state may want to review the various values and religious nuances adopted by the multireligious society before they draft a bill that is based on Islamic principles, to spare further injustice.

At the other end of the spectrum, Muslims are splitting their hairs, too, over subtle details on whether the state has the right to compel their non-Muslim friends to live by the Islamic code.

Professionals who are in the hairdressing industry or related industry now have a proper avenue to depend and look for helps from the newly formed Malaysian Hairdressing Association (Persatuan Pendandan Rambut Malaysia) or MHA. MHA increases awareness of professional rights and developing hairdressing industry. Its committee members are among the national top hairdressers and senior stylists.